Unforgettable adventures and love stories in Iceland, Europe and beyond 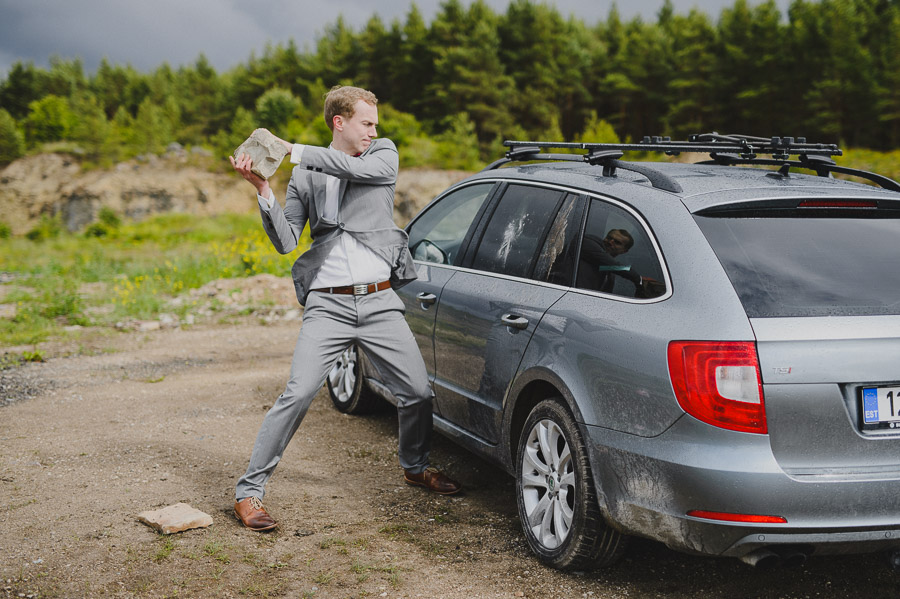 Not everything goes according to the plan at your wedding day. I’ve been at weddings when the groom broke his leg during the day and the bride’s dress got totally muddy before the ceremony. But nothing beats this one…

We were just about finishing our portraits session at Muhu isle / Estonia, basically in the middle of nowhere, and we planned to turn back to the wedding place. The ceremony was about to start in 30 minutes. It also started to rain and it was barely 8-9 degrees outside.

“Hey, Mait, give me the car keys,” said the groom, after trying to get back to the car.
“I don’t have them, you never gave them to me,” I said.

There they were, the keys, inside the car. Doors closed. Doors never suppose to lock when the keys are in but this time it happened! All my gear was inside along with all our mobiles. We lost our heads for few seconds.

So, the only way to get into the car was to crash the window and get back in time. We had no mobiles, we were in the middle of nowhere, far from everyone.

First, there was this “small” stone (by the way, it was the Estonian national stone, country’s valuable grey limestone) 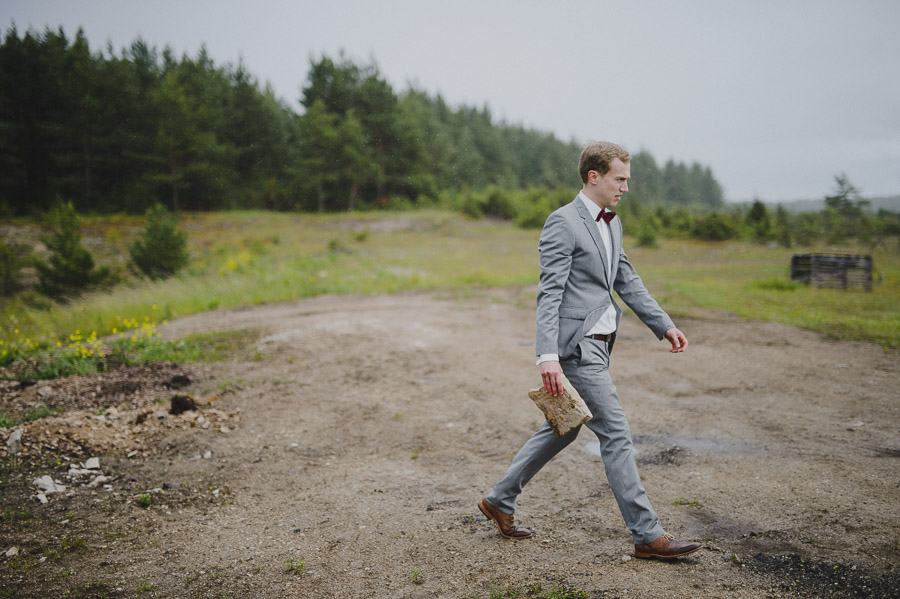 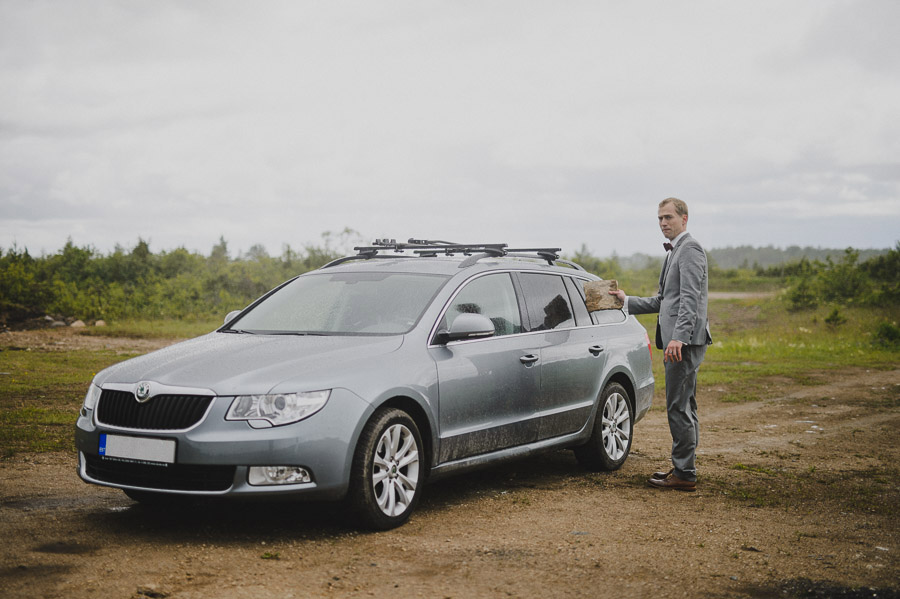 We thought we are soooo clever, we tried the smallest window first (probably the most expensive window to crash!). No luck!!! Then the bigger one! Still nothing!

The relics – the bouquet and the limestone… 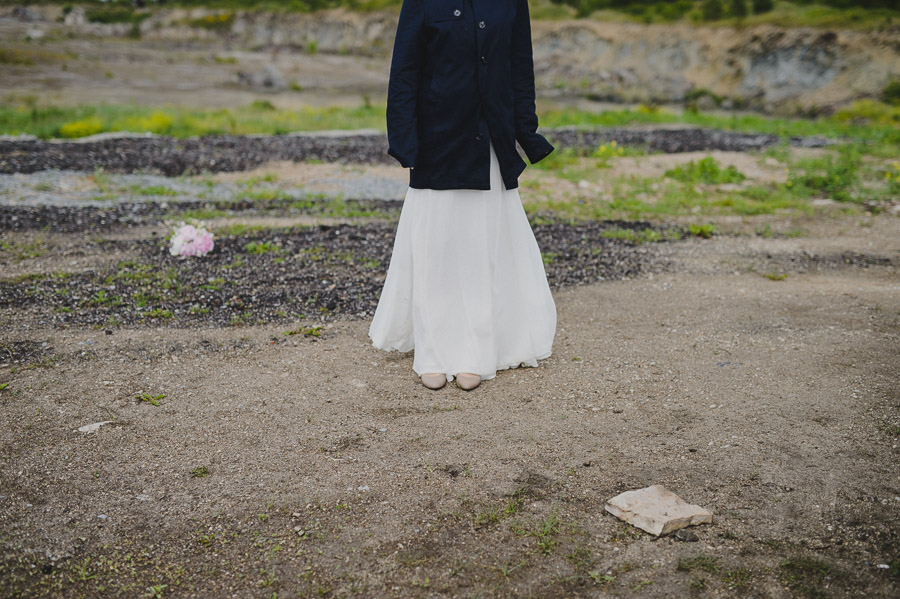 We took the bigger rock, it worked all the way!!!

Some casualties, was fixed just before the ceremony. 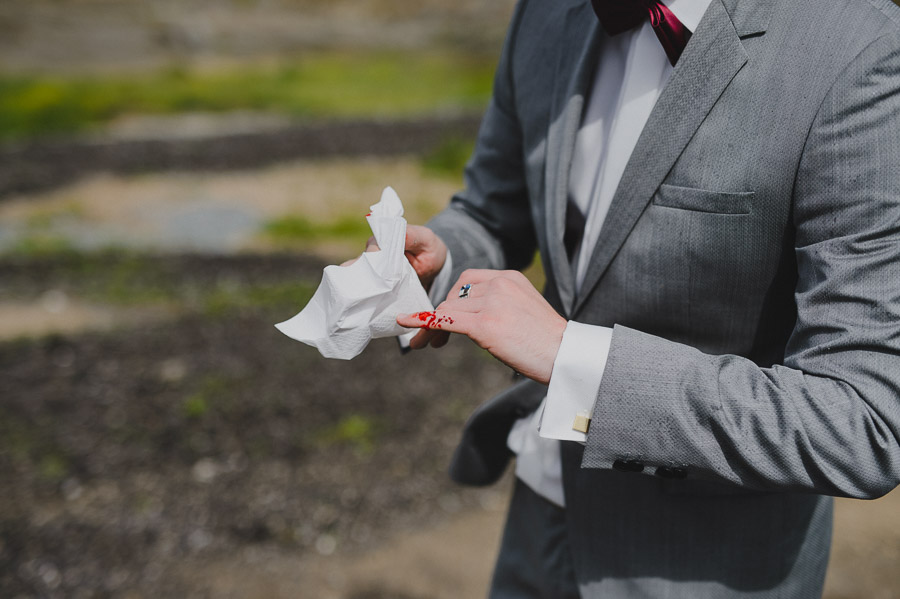 Hands on the mobile phones, we called the father who nicely helped us out getting the keys back. 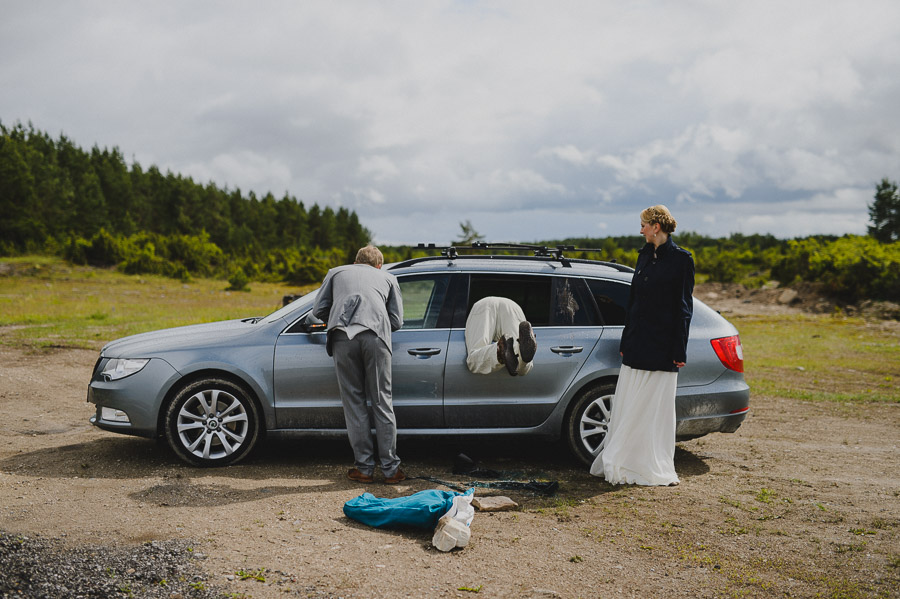 Oh, and that’s not all, one arm was broken as well in the evening – the grandfather’s.

Something to say to your grandchildren. After all, it was an awesome day!

beautiful memories after all.. 🙂

Man has to do what he has to do!

if the keys were in the car, why did you call father there? Open the door and take the keys or is it impossible in SKODA?

In hindsight, trying to break the tinted window (reinforced by a hard plastic film) might not have been the best option 😉

But makes for an even better story, so there’s that

One should sue SKODA for almost ruining their wedding day, haha!!

You must be an American for wanting to sue immediately!

What kind of car locks the doors automatically when the keys are inside?
Damn cheap cars.. Next time get a car which communicates with the key remote. 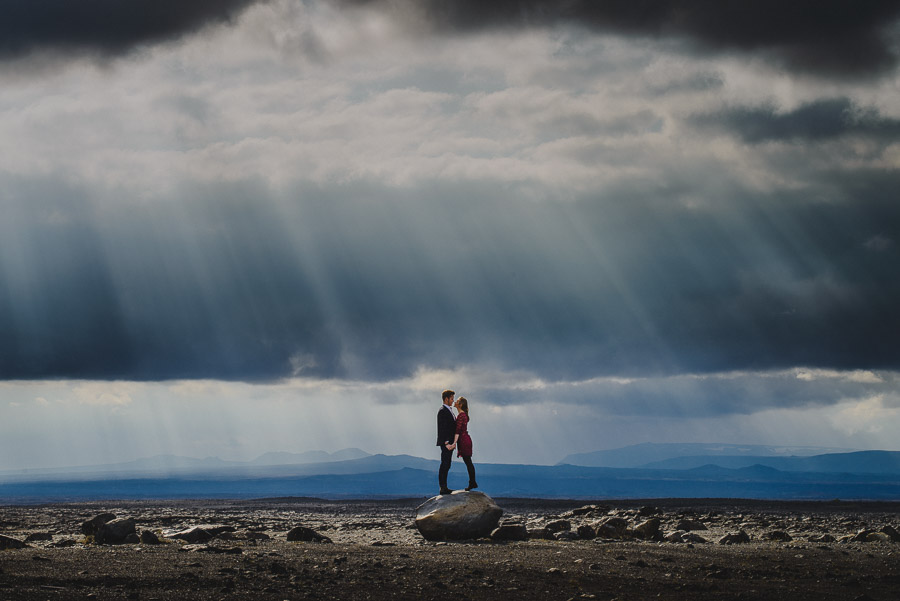